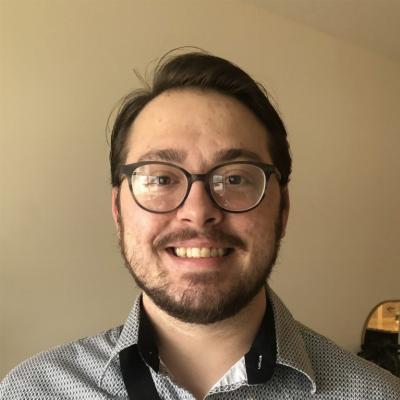 Get to know Aaron Rachui

Aaron Rachui was raised in Leander, TX and went to school in Leander ISD. There he attended Rouse High School and achieved top awards as a trumpet player. He advanced in the State Solo and Ensemble every year he attended high school.

Aaron graduated highschool and began learning music studies and trumpet lessons at Texas State University in San Marcos, TX. There he studied under Dr. Keith Winking, Professor of Trumpet and Jazz Studies. While at Texas State, he performed in the top ensembles including Wind Symphony, Symphony Orchestra, and the Jazz Ensemble. While at Texas State, Aaron formed a trumpet ensemble group who would advance to the semi-finals of the National Trumpet Competition three years in a row. Aaron then graduated from Texas State University with a Bachelor of Arts in Music Studies.

Since graduation, Aaron has taugh as a Music Paraprofessional at Brenda Norwood Elementary and now as the Retail Manager of Music and Arts in Mansfield, TX.

Aaron Rachui works at:
Mansfield TX
121 West Debbie Ln Suite 105
Mansfield, TX 76063
(817) 473-1964
Get Directions More Details
Skip link
With over 150 locations nationwide, Music & Arts is the nation’s leading provider of private music lessons, band and orchestra instrument sales, rentals and repairs. Our remarkable story of growth has everything to do with the countless unshakable relationships we’ve formed with students, parents, music educators and musicians of every stripe in the local communities we serve across the country. Since opening our first store back in 1952, we’ve been owned and operated by the same family, and there’s nothing we do as a company without our values in mind. For whatever you’re doing in music, we’re here to help. We hope you visit our Mansfield location soon! Our friendly staff can’t wait to meet you.