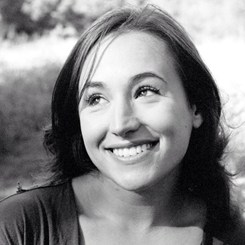 Get to know Brittany E

Hello, my name is Brittany and I am the Store Manager at Music & Arts. My love for music was initialy influenced by Michael Jackson with his 1988 release of Thriller. My parents helped facilitate musical expression by filling my house with the music of Led Zepplin, Mariah Carey, Pink Floyd, Queen, The Eagles, Earth Wind and Fire, Devo, and of course Al Green.

I started studying music at the age of six when I joined a children's choir and hand bell choir. I love to sing and was thrilled when I was asked to audition for my school's chorus. Throughout grades 1-12, I was a core member and a happy alto in my school's choral program. I also chose to imerse myself further in music and joined my middle school band. I was first chair and the only female saxophonist.

I have participated in All-County Band and Chorus, and have earned multiple gold and silver medals participating in the New York State School Music Association (NYSSMA) solo and choral competitions. I have performed with numerous a capella groups and continued singing in an a capella ensemble through my sophmore year of college. In 2010 I completed college with a B.S. in Psychology and Biology minor.