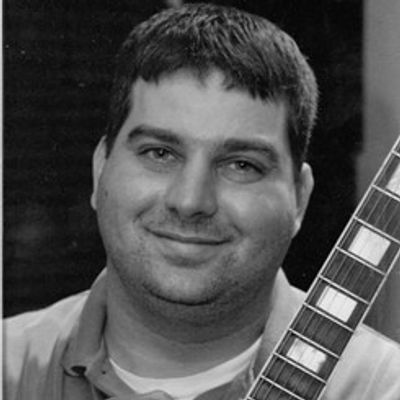 Get to know Brock Miller

Brock comes from a musical family. He spent most of his youth involved in his churches youth choir, participating in school plays and school band. At the age of seven Brock got his first guitar, a 3/4 size classical guitar. He got his first electric guitar at 12 and developed a strong appreciation and dedication to the instrument. In 10th grade Brock started to play for his high school Jazz band.  After his 11th grade year he was invited on a European tour to perform throughout Europe. Brock attended West Chester University and majored in Classical Guitar Performance.  After college he was a founding member of Looking Glass Self. An original/cover band that played venues from Virginia to New Hampshire. He was also an engineer and studio musician at Media Music Studio where he was a sound engineer on the Daytime Emmy Nominated "Icons of Science". Brock has taught guitar, bass, ukulele, mandolin, performance, recording, and music theory since 1999.