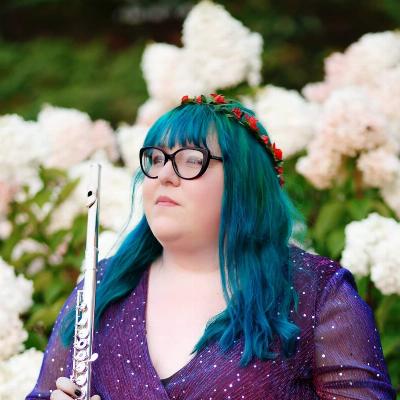 Get to know Desiree De Loge

Desirée De Logé is a graduate of Western Kentucky University where she earned her Master of Music in Pedagogy. As a student at WKU, De Logé was a member of the WKU Symphonic Band, the WKU Wind Ensemble, the WKU Symphony, and the WKU Flute Ensemble. She also participated in the KMEA Intercollegiate Band for two years. She was a member of the pit orchestra for WKU’s productions of ‘9 to 5,’ ‘Into the Woods,’ ‘Guys and Dolls,’ and ‘Trial by Jury’ and has performed in masterclasses taught by Jeremy Benson, Nicole Esposito and Angela Jones-Reus, Ai Goldsmith, Alice Dade, and Kallie Snyder. In 2019, De Logé presented her ongoing research, “Tuning Effects of LefreQue Sound Bridges on Powell Flutes and Piccolos of Varying Materials,” at the WKU Student Research Conference and the Tennessee Music Educator’s Association Professional Development Conference. De Logé is a former student of Dr. Heidi Álvarez.

Desiree De Loge works at:
Edison NJ
1908B Route 27
Edison, NJ 08817
(732) 985-1729
Get Directions More Details
Skip link
With over 150 locations nationwide, Music & Arts is the nation’s leading provider of private music lessons, band and orchestra instrument sales, rentals and repairs. Our remarkable story of growth has everything to do with the countless unshakable relationships we’ve formed with students, parents, music educators and musicians of every stripe in the local communities we serve across the country. Since opening our first store back in 1952, we’ve been owned and operated by the same family, and there’s nothing we do as a company without our values in mind. For whatever you’re doing in music, we’re here to help. We hope you visit our Edison location soon! Our friendly staff can’t wait to meet you.