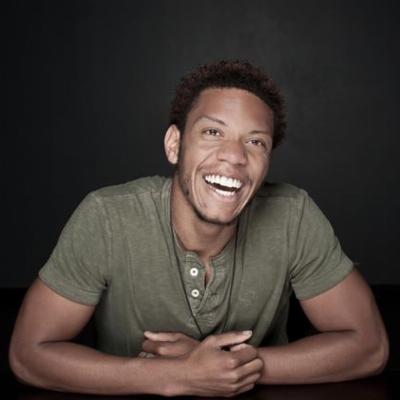 Get to know Shelton Bradford

Shelton was born in Chicago, IL where he attended Argo Community high school. He participated in various choirs in including Concert choir, Show Choir, the Chorus division of the Illinois Music Education Association (ILMEA), and competed in the IHSA Illinois All-State Music Competition. He received "Best Singer" in Show Choir, " Future Music Educator" in ILMEA,  and was voted "Most Talented" in his senior class. He was also inducted in the International Thespian Society for meritorious participation in theater arts. He attended Southern Illinois University Carbondale where performed in various plays and musicals, including but not limited to Top Dog/ Underdog, CATS, and Glory Cloud. He also ran for Vice President of Student Government, and became President of Phi Rho Eta Fraternity, Inc. He graduated with a BA in Musical Theater  in 2008. After graduating, He enlisted in the United States Marine Corps where he worked in Communications. He deployed to Helmand Province, Afghanistan where he received a Combat Action Ribbon and a Meritorious Award for service during Operation Enduring Enduring Freedom in 2009. He is now happily married to his wife, Brittni, and a proud father of 3 boys, Shasta, Elisha, and Shia. He loves all music genres, but especially Choral, Gospel, and Jazz. His other interest include tennis, karaoke, yoga, photography, and biblical studies. Shelton is a strong advocate for early music education and has a strong belief that learning is constant in the music development of adults as well. He's very excited to be apart of Music & Arts, where he can spread his love for music to the new generation of musicians entering into this amazing and fulfilling art form.

Shelton Bradford works at:
Mission Viejo CA
24451 Alicia Pkwy
Mission Viejo, CA 92691
(949) 699-2913
Get Directions More Details
Skip link
With over 150 locations nationwide, Music & Arts is the nation’s leading provider of private music lessons, band and orchestra instrument sales, rentals and repairs. Our remarkable story of growth has everything to do with the countless unshakable relationships we’ve formed with students, parents, music educators and musicians of every stripe in the local communities we serve across the country. Since opening our first store back in 1952, we’ve been owned and operated by the same family, and there’s nothing we do as a company without our values in mind. For whatever you’re doing in music, we’re here to help. We hope you visit our Mission Viejo location soon! Our friendly staff can’t wait to meet you.