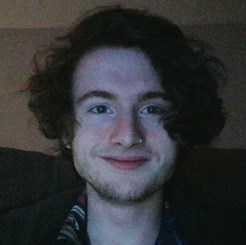 Get to know Trevor M

I was introduced to music fairly young, mostly through seeing my grandpa play in a bluegrass band, as he has done for the majority of his life. As soon as I had access to a radio, which was when I was about seven, I quickly started to develop my taste in rock groups and punk acts that has stayed with me my whole life since.

I started playing music myself later on almost purely to keep myself busy, as there was very little in the realm of excitement for a teenager in my hometown of Marysville. Over time it really took over my interests, especially the more I found people that I began playing with. Eventually I found several groups of people - some in formed projects, some making music on their own - that allowed me to have not only have steady people to write and play with but also fairly diverse styles to learn from.