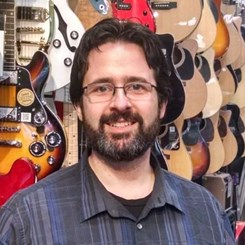 In today's Teacher Feature, we'd like to introduce you to our new violin teacher, Caleb Tizon! 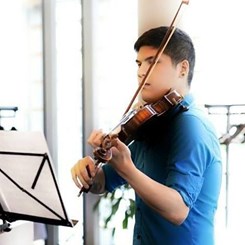 Caleb has been playing violin since he was 11 years old. He began formal violin training from Ye Tao (2004-2006), continuing with Sarah Chung (2008-2010) and Dr. Meredith Arksey (2015). He has soloed with the Issaquah Philharmonic Orchestra and the Rainbow City Orchestra, and has performed in orchestras for the Driftwood Players and the Madrona Children's Theater multiple times since 2008. Currently a violinist for Jose Iniguez's Encanto ensemble, he also served as Concertmaster for the Rainbow City Orchestra from 2011 to 2015, and has been a member of the Seattle Rock Orchestra, the Cascade Youth Symphony Orchestra, and more. Caleb is an accomplished musician in a number of genres, including Classical, Pop, and Jazz. He has continued to appear in Seattle each year as a soloist, ensemble musician, and violin tutor. He holds a Bachelor of Arts in Liberal Studies from Antioch University Seattle.