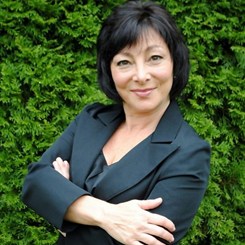 Angela Falco has been a teacher at Music & Arts, Exton PA since 2005.

She is currently on the faculty at Rosemont College, PA teaching a Music Appreciation course, which she created for the Education Department.

In the past, Angela was on the faculty and a supervisor for Music Therapy interns at Immaculata University, PA.  She also taught general music and was a band director for the Philadelphia, PA and Atlantic City, NJ School systems.

Working as a Music Therapist, Angela created the first early intervention music therapy program in PA for the ARC of Chester County, PA

• TEACHING STYLE – Angela combines her Music Education, Music Therapy and Special Education degrees in a most unique way of studying the piano and flute

• Included in the lessons are the following:

©Music Together, an international program for music, movement and young

Angela has received the Pi Kappa Lambda, Delta Psi Award for Composition and is listed in “Who’s Who in American Colleges”.

She was acknowledged by the ©Grammy Association for her flute and piccolo contributions to the soundtrack song selection, “Reach Out” in the two-time Grammy award winning documentary “Standing in the Shadows of Motown”.

Currently, she performs with the Falco Jazz Quartet that includes her brother, Jim Falco, a saxophonist who has influenced her career since childhood.

Member of the following:

Angela has released many CD’s, singles and videos seen on her website.  They include a solo New Age piano CD, “Deep in My Heart”, Instrumental Piano/Flute and other instruments on ”Unforgotten Toys” and an easy listening CD, “Leaving Home” featuring vocalist Chrissy Primiano, supporting TEAM CHRISSY for cancer patients struggling financially with their illness.

Currently, she composed the music, played piano and co-wrote the string arrangements for the title song “Philadelphia” of a documentary film about men with disabilities and the power of Music Therapy; release date is early of 2015. A video of the making of the song, “Philadelphia” can be viewed on her website.