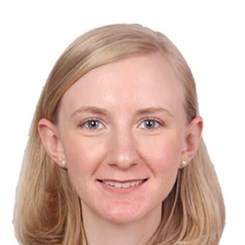 Performed at the Schloss Esterhazy in Eisenstadt Austria as part of the Classical Music Festival, Performed in solo and collaborative recitals

In 2014, she performed in two master classes, and a recital at the Schloss Esterhazy in Eisenstadt, Austria, at the Classical Music Festival. In the fall of 2015, she began studying with Professor Steven Glaser, and Dr. Maria Staeblein at the Ohio State University. During her studies, she was a piano teacher, accompanist, and a finalist in the Ohio State University Concerto Competition. In 2017, she performed two recitals, a solo, and a concerto recital performing Beethoven's Piano Concerto No. 1 in C Major, Op. 15. She holds a master's degree in Piano Performance from the Ohio State University. Cheryl enjoys performing solo, and collaborative classical music, performing in churches, and accompanying  vocalists and instrumentalists in various genres of music, including classical, contemporary, pop, musical theatre, and opera. She is currently a piano teacher and accompanist in the Cary North Carolina area.