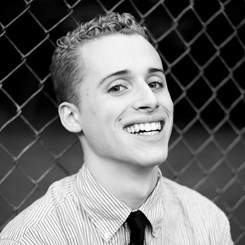 Dan holds a diploma in Modern Guitar Performance from La Musique Academy International and a Bachelors of Music in Guitar Performance Concentration Jazz Studies from Montclair State University. Dan Has been teaching since 2008 and brings both structure and a fully customizable approach to teaching, making sure each student gets exactly what they want and what and what they need to know to accomplish any musical dream. Dan has extensive experience working with children and teens as well as adults.

At age 9 Dan began studying such instruments as the viola, saxophone, piano and guitar. By the age 12 he identified more with the guitar and chose it as his primary instrument of musical expression. Dan is currently playing venues in and around NYC and the metropolitan area. He has also performed in France and looks forward to touring more of Europe.

He has also gained note as a co-producer on award winning songs and produced songs for charting artists.

His musical influences range from The Blues, Pop, RnB, Rock, House and EDM. This range of music continues to influence his writing and vocal styling developing a sound that is truly unique, while also informing a well rounded approach to educating.