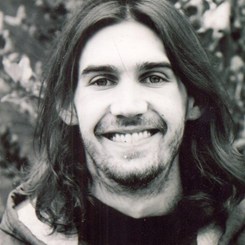 If we practice, then we play.

If we play, then we are here.

If we are here, then we are alive.

David Brogan currently teaches piano, music theory, and all brass instruments. He received a Bachelor of Music from Virginia Commonwealth University (VCU) in Jazz Performance and in the summer of 2015 he joined the Music & Arts Lesson Studio.  Music is a source of joy in David’s life and he considers it to be a lifelong journey. He teaches all levels of understanding whether it is theory, performance, improvisation, interdisciplinary concepts, and social conventions. Those who study under him will learn to understand what it means to develop a practice routine, successfully audition for local ensembles (ie. All-District Band), as well as positions in a conservatory or university program. He will aid in preparing students with repertoire, scales, and the expectations needed in order to succeed.
David Brogan was brought up in a musical home where there was always a piano within reach. His musical influences include his grandmother who was a pianist well into her eighties, Mr. Dick Cale a local middle school band director, and Mr. Antonio Garcia from his studies at VCU.  David has shared the bandstand with some amazing musicians. The most notable examples are concerts with legendary artists such as Ray Anderson (trombone), Brian Lynch (trumpet), Mullgrew Miller (piano), Rene Marie (voice), and Steve Lacy (saxophone). He also performed in numerous ensembles through the years including Hotel X, Equinox Jazz Orchestra, Upper East Side Big Band, Herb Stone Big Band, and Alligator Dixieland Band. In 2002, David received an undergraduate research grant and had the opportunity to  spend a week in Los Angeles with Mr. Bruce Fowler, American trombonist, film composer, and member of the “Mothers of Invention.” That same year, he was honored as a Joe Kennedy Jr. Jazz Scholar by the Richmond Jazz Society.