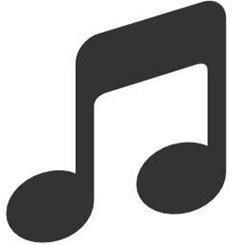 Gary graduated from William Paterson College with a Bachelors of Arts degree in Music (Jazz Studies). He has 10 years of experience in Music Education and teahcing piano and guitar to students of a wide range of ages and talents.

After college, Gary went on to perform in the New York Metropolitan area with many bands in a wide variety of musical styles. In 1989 he was invited to join the band for Gerald Alston's solo tour. The famous lead singer of The Manhattans (hit songs: "You Are My Shining Star," "Let's Just Kiss" and "Say Goodbye".) The Manhattans reunited in 1993, and Gary was invited to come along with the group and would later go on to become the Musical Director.

Gary, with The Manhattans, toured Japan, Europe, Britain, the Caribbean and South Africa - where the group recorded a live CD, which went Gold! They also toured all throughout the United States and played at all major New York City venues: The Apollo Theater, Radio City Music Hall, The Beacon Theater, Madison Square Garden Theater, Town Hall, and BB Kings club. Gary directed the orchestra for the Manhattan's segment of PBS's "My Music of the '70s," which still airs on PBS.

Gary performed on stage with Major artists such as Whitney Houston, Natalie Cole, BB King, Luther Vandross, Michael McDonald, George Duke, The Whisper, The O'Jays, and many more. He played all the major casinos in Atlantic City and Las Vegas, including Empire City, Foxwoods and Mohegan Sun.