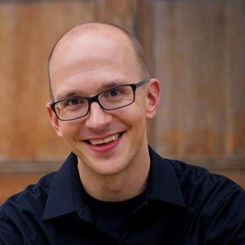 "The secret of getting ahead is getting started."

An established talent in the Baltimore-Washington music community, Greg maintains a multi-faceted presence as a pianist, trumpeter, educator, and composer.

Greg’s debut recording, Singularity, is now available on the Fundamental Sounds label. An eclectic mix of largely original music for solo piano, Singularity transcends stylistic boundaries in a variety of unexpected and compelling ways. He is currently working on conceptions for a follow-up recording, also to be comprised of largely original music.

As a trumpeter, Greg has also maintained an active presence, performing with the National Wind Ensemble, Washington Brass Quintet, Summer Opera Theater Company, Baltimore Quadrophonic Brass and University of Maryland Brass Ensemble. He has also performed as a student of the Boston University Tanglewood Institute as well as being featured as a soloist on Shepherd University’s concert tour of Ireland, performing the Haydn Trumpet Concerto.  Previous instructors include Chris Gekker, Phil Snedecor, and Wayne Cameron.