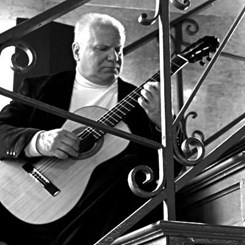 Since his Manhattan debut recital in 1980, he has performed in New York, Tulsa, St. Louis, Charleston and other cities in the US and Canada.

Pellegrin studied classical guitar performance and composition at The Mannes College of Music; where he studied with Albert Blain and Eliot Fisk, and has performed in master classes with John

Since 2008 he has been teaching guitar as an adjunct at Union College. He was a board member of the CGSUNY from 2012 until 2019 and served as its vice president and is an artist member

of the Monday Musical Club of Albany.