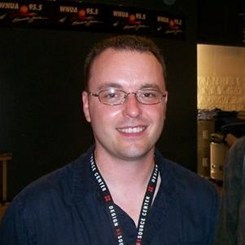 Joel is an accomplished musician with an expertise in woodwinds, particularly saxophones and clarinet.  Joel has a M.M. from Berklee College of Music, with a focus on Jazz Pedagogy. In addition to being awarded various music scholarships through his alma maters, Joel twice received the Outstanding Soloist Award at the University of Notre Dame Jazz Festival.  During his college years, Joel studied with renowned musicians/instructors such as Jeff Harrington, Bill Pierce, John Vana, John Murphy, and Henry Butler.

In addition to his numerous live performances, Joel's professional career is filled with extensive recording sessions.  Prior to the performance tour, he served as a session musician on the above-mentioned "The Third Degree" CD, which received a five-star review in the October 1995 issue of Downbeat Magazine, and favorable reviews in the London Jazz Journal.  Joel has recorded and produced an independent CD of his own, featuring various recordings of his live performances.

Joel has a wide range of teaching experience as well, including private and classroom instruction of English as a Second Language at Berklee College of Music, as well as teaching undergraduate jazz ensembles and improvisation as well.  He has been teaching private lessons with Music & Arts for many years, and is happy to meet with you to discuss his lesson program.