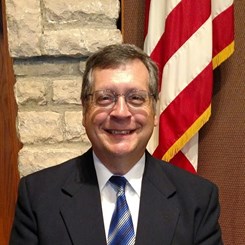 John Holsinger is a graduate of The Ohio State University and has taught music in the public schools of Ohio for 24 years! In addition, John directed University Chorus at OSU Marion Campus from 2008 to 2011 and served as accompanist from 2005-2008.

John is presently Director of Music/organist for Church of the Messiah in Westerville. He plays organ and piano for four services weekly and accompanies five choirs.  As a church musician, he has served as organist for Roman Catholic, Methodist and Presbyterian Churches. John has been full time director of music for the past 18 years. He has over forty-five years of experience as a church organist/pianist.

John has served as accompanist for The Messiahin Marion, for Columbus Music Theater, Otterbein summer Chorale, Gaither Sunday at the Palace Theater of Marion.  John played piano in the Palace Theater & John Kennedy Big Bands.  He was music director for the Marion Community Theater productions of Beauty and the Beast; Peter Pan; The Mikado; and Forever Plaid.He was music director for two tent revivals with Pastor Gene Phelps.

John has given private lessons on piano and band instruments in Marion for many years. His students have regularly participated in solo and ensemble contests.  He has hosted several piano recitals. In 2014 his student, Phillip Nichol, won the Columbus Concerto Competition!

Many of his former students are teaching music in Ohio schools!

John had the honor of dotting the “I” with OSU Marching Band.  (1977 and 2002)  GO BUCKS! He has twice been selected to direct the Marion County Honors Choir and has twice received the Harry Alexander award for service to the music programs in Marion.

John is a resident of Marion and is married to Nancy who is a retired educator. They have two children and six grandchildren.