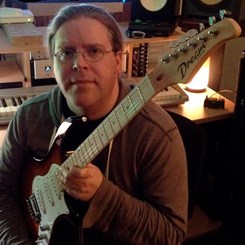 Jonathan is a songwriter, producer, composer, and a guitarist versed in many styles of music. He has studied guitar from a young age, learning other instruments and skills along the way. Jonathan studied at Musicians Institute, UCLA Extension and at Berklee Online which broadened his knowledge of both music and the music business. He is also a guest lecturer on composing, producing and the music business, and has lectured at several schools, including Temple University.

Jonathan has also recorded and worked with notable musicians such as Dino Cazares, Chris Poland and Chuck Flores.

Over the years, Jonathan has had song placements on TV shows, films and commercials which include: