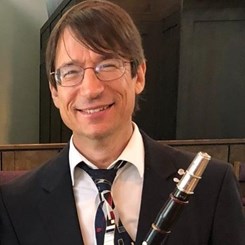 Kenneth Ozimek has been an active member of the artistic community since his arrival in Nashville in 1980, having performed at the Tennessee Performing Arts Center, in recital with various members of the Nashville Symphony, on recordings with various recording artists, and in television appearances on the Nashville network.

Mr. Ozimek received his musical training with members of the Julliard School of Music Faculty in New York in musicians of some of some of the world’s leading orchestras. He received extensive training in music education and performance at the State University of New York and at Indiana University (Bloomington) where he received his degree.

Mr. Ozimek has been teaching in many Tennessee public and private schools as well as his own teaching studio in Hendersonville. He has taught for more than 35 years and is the recipient of 11 outstanding teacher certificates from the Governors School for the Arts. Many of his students have gone on to receive distinguished college scholarships and awards in their musical careers.

In addition to private lessons, Mr. Ozimek is conductor and arranger of many chamber music ensembles, which feature some of middle Tennessee’s most talented student musicians. Past activities also include founding and directing the Middle Tennessee Young Artist Solo Competition which offered student the opportunity to prepare classical music literature with accompaniment to be performed for cash prizes before a panel of judges and a live audience. Current activities include audio engineering and the integration of technology to create a more effective musical learning experience.

Mr. Ozimek is currently on the musical ministry team with the First United Methodist Church in Gallatin, TN and a band director at the Webb School in Bellbuckle, TN.