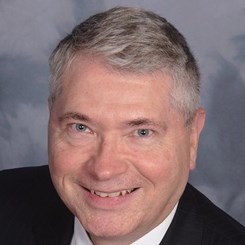 The primary responsibility of any teacher is to equip students to teach themselves. When one of my students gets to the point at which they don't need me anymore ... that's how I know I've done my job!

Kevin Cox is proud to be a member of Music & Arts's cadre of piano instructors, teaching out of the Crofton, Maryland store.

A native of Harrisburg, Illinois, Kevin began his career as a professional musician at age twenty as a U.S. Marine Corps bandsman. At age twenty-three he was appointed to the faculty of the Armed Forces School of Music in Norfolk, Virginia, where he taught for three years.

After leaving the Corps in 1987, Kevin earned his Bachelor of Music degree from Southern Illinois University-Carbondale, and subsequently his Master's and Doctoral degrees in music from the University of Illinois at Urbana-Champaign.

Upon completing his doctorate, Kevin served for five years as an adjunct professor of music at Texas A&M University-Commerce before being hired as Director of Instrumental Studies at Missouri Baptist University in St. Louis, Missouri, a position he held for ten years prior to moving to Maryland in 2012.

Kevin has been playing piano for over half a century, and has been teaching the instrument since 1997.  "I have", says Kevin, "been blessed with having had some very fine teachers in my life, and I feel a strong obligation to pass along to others -- adults as well as youngsters -- what those teachers gave me."