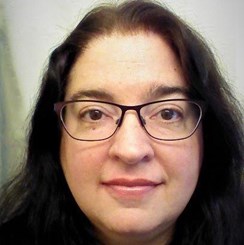 Bachelor of Flute Performance, College-Conservatory of Music at the University of Cincinnati

Linda Innes, flute teacher for Motter’s (now Music & Arts), majored in Music Performance at the University of Cincinnati College-Conservatory of Music, where she received her Bachelor Degree.  She studied Master of Music Performance courses in New York.  Her principal teachers were Bernard Goldberg, Kyril Magg, and Kenneth Andrews.

Ms. Innes has performed locally in the Rosehaven Quintet, the Ohio Chamber Orchestra Benefit Concerts (playing on modern and baroque flutes), and is Principal Flute for the Lakeland Civic Band.

She played as Principal Flute in New York with the Brooklyn Opera Theatre and Amato Opera, and as Second Flute with the Manhattan Chamber Orchestra.  She also served as Development Director for the Ohio Chamber Music Society, and as Development Assistant for the Cleveland Opera.

Ms. Innes is also an attorney, having received her J.D. from Case Western Reserve University School of Law.