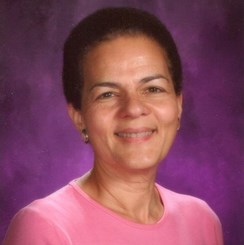 Catherine has taught piano and voice in her private studio for over twenty-five years and violin for over ten. She has also taught at the university and conservatory levels, and in private and public school settings. Her primary focus is childhood music education, and she also enjoys teaching adults.

Catherine began piano lessons at the age of four and violin lessons at the age of eight. Her formal studies in voice and voice therapy began with noted singing teacher and voice therapist David Blair McClosky at the Boston Conservatory of Music, where she received a certificate in Voice Therapy. She subsequently became an assistant to Professor McClosky in his private studio, the afternoon supervisor of the Voice Therapy Clinic at the Massachusetts Eye and Ear Infirmary, and founding editor of Your Voice At Its Best, the newsletter of the McClosky Institute of Voice Therapy.

Upon completion of her doctorate, Catherine traveled to Paris on the Mary Elvira Stevens Travel Grant to study with a coach at the Paris Opera. While in Paris she also performed, taught voice and piano privately and at the American School of Paris, gave seminars in speech and presentation, and was the speech coach for executives from such organizations as Elle Magazine and the World Trade Organization. Having won at the Paris-wide level of a Toastmasters competition, Catherine traveled to Brussels where she received first prize in the European Council of Toastmasters competition for speech evaluation.

Catherine has written several musical plays that have been performed in schools and churches. Author Nancy Turner called The Story of the First Rainbow “a gem” and “nearly perfect.”

At the core of her teaching philosophy is her belief that, “ . . . within each child lies a seed of greatness, and music is a rich and powerful means to nurture that seed. I delight in cultivating a lifelong love of music in children and adults by developing their musical skills, expanding their musical imagination, and drawing out their innate talent.

The following quotes are from parent testimonials:

“Dr. Allen has a wonderful rapport with the children!”

“ . . . such a nurturing, enjoyable, yet structured environment.”

“We’re amazed at the progress [our daughter] has made!”

“The musical games you have created are extremely fun for the

“We will never forget your warmth, patience, and dedication.”