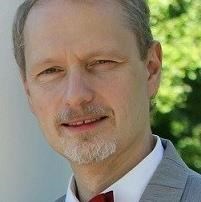 "Misha's bowtie is a reassuring constant in a mad, mad world" MB Morrison

"Keep at it, Sir and bring a little more Peace and Sanity into this very irrational time!" Arthur Turner

"You are a great musician" Emrah Kotan

Mr Stefanuk is a prolific jazz and classical pianist, organist and composer with over a hundred TV credits, ranging from Good Morning America to One Life to LIve. Misha has also authored five best-selling music books, and performs locally on a nightly basis while also maintaining large teaching studio.

Misha's fun and easy personality lead his piano studio thrive since 1986, when he first started teaching in his native Moscow. His teaching philosophy is based on the classical European approach to piano teaching. He also teaches his students how to play contemporary and popular music, how to compose and improvise, and how to better understand the history and technology of music. This adds to the success of his students in learning music: from beginners to advanced professionals who perform across the Atlanta Metropolitan area and study in many prestigious music schools all over US, many with significant or full music scholarships.

Misha's deep understanding of many styles of music from Jazz and Classical to Sacred, together with his ability to play just about anything made him a popular pianist and organist in Atlanta, leading to his positions as choir accompanist at Glenn Memorial UMC and music director at WCUMC, as well as successful music teacher, active jazz pianist and leader of Misha Stefanuk Group.

Misha published over 25 books on music and piano. Five of them ended on best-sellers list, with 100 Easy Piano Classics reaching nr.1 over the entire sheetmusicplus.com,  Jazz Piano Chords being Mel Bay Publications nr.1 best-seller for 12 years. He also wrote music for over a hundred TV shows, including music used on One Life To Live and All My Children on ABC; Chris Isaak Show on Showtime; Passions on NBC; and First Monday on CBS. His music was also featured on Good Morning America on ABC, and he was featured as on-screen organist on Constantine on NBC.

Many of Misha's students have had learning issues, and he has discovered how to create a sensitive, friendly and creative atmosphere in which his students gain confidence, skill, and knowledge so much needed in their life even outside the piano studio.