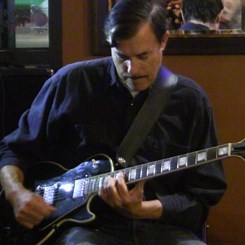 Learning to play an instrument is a skill that can bring enjoyment to a person's life.

Patrick Butler has studied and played guitar with some of the icons of Funk, Rock, Jazz and Celtic music. He has studied with guitarists Harry Leahey, Uli Roth, and Roland Prince. As a teenager Butler began studying with Harry Leahey at age fifteen, was a student of Johnny Smith, the Master of Chordal Theory, and Dennis Sandole, whose most famous students included saxophonist John Coltrane and guitarist Pat Martino.

After touring stints with the Fifties icons The Drifters, Butler was invited to Join The Fatback Band, a funk unit from Queens, New York. The First record he recorded with Fatback, Brite Lites/Big City, went gold.

Butler spent the next several years touring extensively with Fatback. He recorded two more records with the band, including XII, which contains the track King Tim III, the first rap track ever released on a major label.

Into the new millennium Butler went back to his roots and lead and toured with the Celtic rock band Superkeltic; the band was mentioned as one of the top Celtic rock band in America by Winnie Czulinski in her history of Celtic music, Drone On! Butler currently plays with the Long Beach, CA-based MajicBulletThroey and is an alumnus of Uli Jon Roth’s Sky Academy.