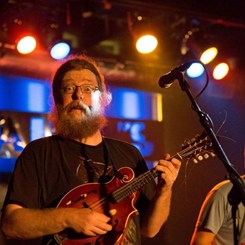 Rex Emerson, originally from Amarillo, TX, and now a resident of Denton for 15 years, has been teaching at Music and Arts in Lewisville since 2007.  Instruments taught include: guitar, mandolin, banjo, bass, ukulele, harmonica, piano, recorder, pennywhistle, and mountain dulcimer.

Rex began studying music in the 2nd grade with piano lessons, adding guitar in the 7th grade, and then joining the band in high school playing mallet percussion such as xylophone, marimba, bells, and vibraphone. After graduating high school in 2001, he entered studies at University of North Texas in Denton, earning a Bachelor's Degree in Music in 2005. While at the college, he performed in the African Drum Ensemble, South Indian Ensemble, Men's Chorus and Summer Lab Band.

While at UNT, Rex began teaching lessons, first at the Music Conservatory of Texas in Frisco and Flower Mound, and then at Lorenzo's Bassment in Coppell.  After a brief stint as an instrument salesman, he joined the Music and Arts teaching staff in January of 2007.

Rex leads two Denton-based bands:  bluegrass band Boxcar Bandits, formed in 2006,who have released 3 albums, and Celtic band County Rexford, who performs weekly and has released one album.  Both bands have toured across the US.  Rex also founded Break-a-Pick Records, the label through which both bands release their albums.