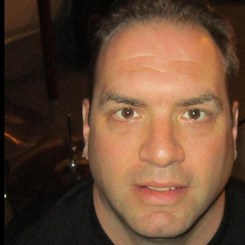 For Educator, Musician and Children’s Author Rich Dunham, drumming has always been his first passion. Rich started out like many drummers, setting up pots and pans or anything resembling a drum at the age of five.  He was very involved in his school music program from elementary through High School in the Liverpool Central School District.  He began drum lessons at school at age nine and performed in many school ensembles including concert band, chorus, rock ensemble, marching band and as a pit drummer in many musicals.

SUNY Brockport: MS in Elementary Education with a concentration in Interdisciplinary Arts for Children (2001).

Rich has performed with many bands at the professional level, both cover and original, and has knowledge of all styles of music.  The styles he is most noted for is rock, progressive rock, fusion and heavy metal, including double bass drum techniques.

Rich has freelanced as a pit drummer in the Greater Rochester and Syracuse Areas for Community and Professional Theater since 1986.

In 1993 Rich joined the Bob Prong Band. The was an original music, jam style band that recorded two studio, and one studio live album under an independent label, the second album co-produced by Bob Prong and Tony Gross.  A few of the tracks received air play at the local and national level.

The band toured the Syracuse, Rochester and Buffalo areas, including major festivals such as East End Fest, Park Ave Festival and Darien Lake. They appeared as guests on the Brother Wease Morning Circus and the Live at Studio Seven radio broadcast.

Rich began working in public education in 1996.  He started as a general music teacher in the Rochester City School District, and then moved into administration in the Churchville Chili School District in 2003 where he served as the Ninth Grade Academy Principal and The Director of Fine Arts and Specialized Programs.

Most recently Rich published his first children’s book entitled Dots.  Rich wrote and illustrated the book.  The story is focused around Music, Art, Dance and Theater.

Rich has an extensive knowledge of musical concepts and instructional techniques. He can easily adapt to all learning styles.  He has the ability to establish a great report and working relationship with students of all ages, motivating them to achieve to their fullest potential.