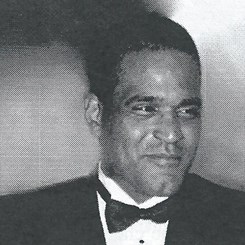 Robert Statham's fascination with music began at an early age.  His parents, particularly his father, Mack C. Statham, who was his first piano teacher, fostered his talent and interest.  With his desire to be a performer clearly identified by age 13, Robert embarked upon serious music and piano study.

Mr. Statham studied at the Peabody Conservatory in Baltimore with internationally recognized pianists, Enrique Graf and Beatrice Long.  In 1989, he studied with Dr. Roland Carter and earned a Bachelor of Arts degree.  He chose The Catholic University for his graduate studies and for the opportunity to develop his craft under the tutelage of Dr. Thomas Mastroianni.

His intense study of piano yielded numerous rewards.  In 1982, he was the first place winner in the finals of the Omega Psi Phi Fraternity Talent Competition.  Two years later, he won the Frederic Chopin Award for Gifted Young Pianists, and in 1985, he received a Mayoral Citation from Baltimore Mayor Kurt Schmoke, for his accomplishments in the performing arts.  In 1993, he was honored as an Outstanding Young American.

Now a resident of Northern Virginia, Mr. Statham performs throughout the Mid-Atlantic States.  His performance venues have included the Kennedy Center for the Performing Arts, Johns Hopkins Medical Center, the historic Mount Vernon United Methodist Church in Baltimore, and Harmony Hall at Fort Washington.  He has performed the piano works of Bach, Beethoven, Rachmaninoff and Gottschalk with the McLean Symphony and the Reston Chamber Orchestra.  Currently, he is Music Director and Organist at St. Andrew Lutheran Church in Centreville, Virginia.