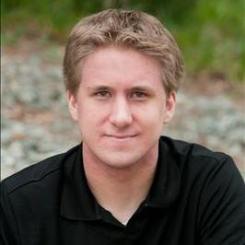 Concert at the Great Organ at the Methuen Memorial Hall, Recital at Trinity Church at York Harbor

Hi there! Scott here! This is my third year with Music and Arts as a Senior Associate, and my 6th year working during our rental season.

I had started playing piano when I was very little.  Because I grew up in a very musical household, music was always so fascinating to me.  Between my grandparents and my mom’s siblings always singing, to my father, brothers and sisters playing musical instruments, I knew I had to continue in our family’s legacy.

I have lived in Londonderry for the better part of 13 years where I went through the Londonderry School District and could not have asked for a better program to grow my love of music.  I had started learning Violin when I was in fourth grade and percussion when I was in 5th grade.  Being one of the few kids with a piano background, I was chosen to play mallet percussion, ranging from the Bells to the Xylophone.

During my high school years, I was very active in my high school’s music program serving in many different capacities.  I had decided that I wanted a change from the mallet percussion world and wanted to follow in my father’s footsteps of playing a brass instrument, so naturally I had elected the tuba.  Never did I know that the tuba would transform my music career dramatically!  During my senior year, I had the privilege of being section leader for Londonderry High School’s sousaphone section.  Not only that, but I served as a student assistant to Mr. Andy Soucy, director of music in Londonderry and learned a lot about the business from him.  I was given the honor to be one of the only student conductors Londonderry has had, aside from their Drum Majors for their marching band, being able to conduct a few pieces at our spring concert my senior year.

In high school, I sang a lot.  I was a member of the Chamber Choir, but also, I was a part of a barbershop quartet.  Through the Harmony Extreme Northeastern camp, my quartet and I were able to train with some of the best quartets in the country, such as Men in Black, 4-Way Stop, and directors such as Dr. Bill Adams.

My love of music grew as I continued in my piano playing and started to learn the Organ.  I have studied with some of the best people in the organ realm, most notably being Doug Marshall, founder of Marshall and Ogletree Associates, one of the leading organ builders in the country.  I have been playing Organ for just shy of 10 years, where I have served in many churches over that time.  I currently serve at Grace Lutheran Church since 2010.

After high school, I attended Gordon College, where I studied Music Education with a concentration in Organ and Tuba. I had joined the Gordon College Wind Ensemble as the principal Tubist and solo Euphoniumist. Studying with people such as David Rox, Bill Gray, and Doug Marshall, my music education was advancing very quickly.

Throughout the years, I have also served in many musical capacities, such as playing piano for local theatre companies, dance companies, and various groups. Most notably being a vocal coach for Londonderry Dance Academy.  During my time there, 4 of my students were able to audition for Broadway and get callbacks, one of them reaching to the final stage of callbacks.

Music is one of those things that will stay with you forever.  It is the only thing that is consistent between all cultures across the world.  Which is why I feel privileged to be a part of the staff here in Manchester, where we are able to provide music to so many people, ranging from beginning students to seasoned veterans.