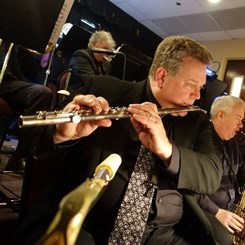 Over 40 years of performance experience

I was born and raised in New Orleans, LA. I moved to the Atlanta area after Hurricane Katrina.

I played in the school bands throughout college, including Concert Band, Wind Ensemble, Marching Band, Jazz Band and Show Band.

I began playing professionally as a teenager, first in some dixieland bands and wedding bands. Over the years I have played in a variety of jazz, pop, rock and R & B groups.

Since moving to Georgia, I have been playing with a few local bands. I have also been a member of the North Metro Baptist Church music ministry since 2006.