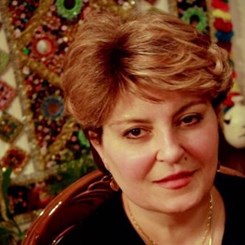 "I believe that music is an international language that is able to connect all of us together and purify our spirits. This education is so powerful that it can help us understand and accept each other without any difficulty, as it is a very pure spiritual value that always lives in us."

Considered one of the preeminent qanun virtuosos of Persian and Middle-Eastern music, Shahla Nikfal has an extensive career performing and teaching both classical and traditional Persian music over the span of more than thirty years. She has performed and taught at the Tehran Conservatory of Music and the Art University Collective. Her distinguished career includes numerous performances in Iran, Egypt, Abu Dabi, the U.A.E. and the United States. Her album, titled "Dastgah Nava", created in collaboration with her husband, Bahram Sadeghian, has won critical acclaim described as "the most authentic and technically proficient interpreters of Persian art music in decades."

Shahla is currently based out of the NYC Metro Area, where she continues to teach piano, violin, and qanun.