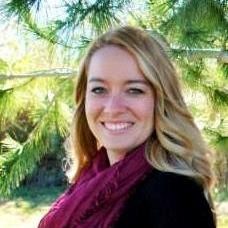 Teaching is and has always been her passion

Received an Associate's degree in Fine Arts and Social & Behavioral Studies from Vanguard University of Southern California, Costa Mesa.  Stepahanie has recently completed her Bachelor's degree in Liberal Studies at California Baptist University. Stephanie sang and toured throughout the Midwest with the award winning Vanguard University’s Concert Choir. While in college she began teaching private vocal lessons to kids within the community as a part-time job and has been doing so full-time ever since (2005-present). Stephanie has helped to implement successful student programs at the Corona Music & Arts Center including Singer's Spotlight and Summer Practice Callenge. Stephanie has also directed many children’s musicals at Grace Fellowship Church in Norco, Ca. and also sings with the church's worship team.

Stephanie began singing and performing at the age of 11 in Junior High, singing in the school choir and joining local performing groups. She began private classical vocal training in High School and sang with Ontario High School’s Chamber Choir (2001), Southern California Select Honor Choir (2001), Norco High School’s award-winning Madrigal Choir, New Generation Show Choir and Women’s Chorus (2002-2004), and with the CNUSD Honor Choir (2003-2004). Throughout high school and college she also held lead roles in popular musicals such as A Christmas Carol (2001), Annie (2003), Cinderella (2004) and the Wizard of Oz (2004). Stephanie has also sung the National Anthem for countless local events, ceremonies and sports teams, such as the Rancho Cucamonga Quakes, the Anaheim Angels and the San Diego Padres, to name a few.

Teaching is and has always been her passion and she finds great joy in teaching young musicians to grow with their talents. Many of her students have won local talent shows and some have now gone on to study music in college. Stephanie still actively studies vocal training and music education in pursuit to always better herself and her training of others. Stephanie lives in Norco, California with her husband and 2 children.