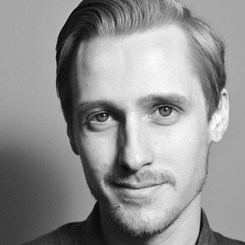 Somewhere, something incredible is waiting to be known. - Carl Sagan

Hey! My name is TJ Gesner, and I'm the store manager of the Johns Creek Music & Arts! I was born in San Antonio, Texas but spent most of my life in Florida and Georgia.

I've been heavily influenced by music since the age of 10, but when I saw Jimi Hendrix's performance at Woodstock, I decided I would be a guitar player.

I got my first guitar when I was in the 6th grade and soon began playing with a few close friends. Currently, I play a Fender Tom Delonge Signature Stratocaster which I got 12 years ago and I will never get rid of it, ever! Also, I play a Fender American Standard Telecaster and a Takimine Acoustic/Electric which my parents actually got from Music & Arts in Peachtree City, GA! In high school, I played in a band with my close friends and we were called Straight On Til Morning. There's nothing quite like performing on stage with your friends. Soon after, I discovered a passion for being in the recording studio and now, I have a degree in Music Production Technology.

I began my career in music retail in the fall of 2010 and became Manager of the Johns Creek location in January of 2013. I absolutely love seeing all of our students learn and grow and it feels great to be there when a young musician gets their first instrument!

So whatever your instrument may be, our store has everything from instruments, to sheet music and accessories, repairs, and even music lessons!