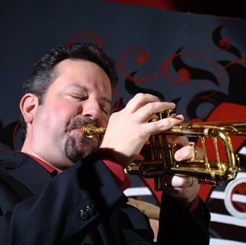 Tim has been teaching private lessons in the greater Columbus area for 30 years.

Tim Perdue was born and raised right here in Columbus, Ohio.  He began playing the trumpet in the fifth grade - the trumpet was his second choice after, fortunately for everyone, he was not allowed to take up the drums.  He received his Bachelor of Music Education degree from Capital University in 1990, where his areas of study included trumpet performance, music education, commercial music, and jazz studies.

Since then, Tim has been teaching music professionally in and around the central Ohio area.  Though primarily a trumpet player, he also teaches all brass instruments - trumpet, trombone, french horn, euphonium, tuba, etc. - as well as jazz theory and improvisation.  His years of experience and relaxed, flexible teaching style allows him to work well with all students of all personalities, skill levels, and ages - from elementary to adult.

In addition to teaching, Tim maintains a busy schedule performing all types of music with many bands in the central Ohio area.  He can currently can be heard regularly with bands such as the New Basics Brass Band, Honk Wail & Moan, Soul Kitch'n and the Red Hot Rhythm Revue.  Tim can also be found around town occasionally playing with groups including the Columbus Jazz Orchestra, the Hoodoo Soul Band, Conspiracy, Yumbambe, the Sons of Gladys, and the Famous Jazz Orchestra, among many others.  His trumpet can also be heard on various recording sessions for numerous CDs and commercials, as well as in the pit for local and touring productions of Broadway shows.

When not doing something music-related, Tim spends his time as an avid amateur photographer, and can usually be found somewhere with a camera in hand.  He lives in Westerville with his wife, daughter, and dog.