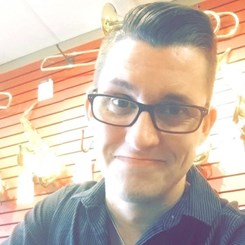 Brass bands have been an incredibly prominent ensemble in the UK for hundreds of years.  Today there are thousands of bands throughout Great Britain, Wales, and Europe.  The movement was brought to the United States with the formation of the North American Brass Band Association in 1983.

One of the most influential figures with the brass band movement in the United States was Dr. Paul E. Droste, director emeritus and former director of the marching band at The Ohio State University.  He founded the Brass Band of Columbus, one of the first to exist in North America, in 1984.  Ever since, hundreds of bands have been established throughout the United States and Canada.

The brass band is too often mistakenly treated like a brass ensemble or even a wind band.  These are a few concepts which set the brass band apart from other ensembles:

Instrumentation – Being an ensemble comprised entirely of brass and percussion instruments, each section has different responsibilities than they normally would.  The instrumentation of a British style brass band is as follows:

The best way to think of the brass band is in choirs:  Cornets (flugelhorn on bottom), Horns (flugelhorn on top), Baritones/Euphoniums, Trombones, and Tubas.  Each choir has a specific spot in the stage setup – the cornets on the conductor’s left in two rows, horns and flugelhorn in a row in front of the conductor with the tubas behind, and the rest of the low brass to the conductor’s right, trombones behind the baritones and euphoniums.  This configuration allows the soloist instruments (soprano cornet, solo cornet, solo euphonium, and solo trombone) to be on the “corner” closest to the audience.

Playing Responsibilities - Because of the chamber-like style of the ensemble (many parts with only 1 player) there are often parts that may be doubled in other instruments.  Because of this, it IS acceptable to leave a note or two out simply because of the fact that it will most likely be played in another voice.  Depending on the dynamic markings on the music being played, parts which have more than one player can be cut back to one on a part to better achieve the softest dynamics (piano, pianissimo, etc.)

Specific seats within the ensemble also have playing responsibilities that help determine the overall sound.  For instance, the four “corner players” are the biggest contributors to the brass band’s sound.  The principal solo cornet should be the leader of the left side of the band, and should model the sound for the rest of the cornet choir.  The solo euphonium should model the sound for the baritone and euphonium choir, and arguably has the biggest role in the formation of the overall sound of the band.  The solo trombone, and the trombone section as a whole, is the “oddball” section of the band, and must be very conscious of their specific melodic, textural, and harmonic roles.  The trombones are the driving force behind the edge of the band’s sound.

Since the foundation of the Brass Band of Columbus, brass banding has become a popular ensemble in Columbus Ohio, with seven current bands around Central Ohio, which include professional level, intermediate, as well as student level.  With the brass band movement thriving as it is, it is extremely important to instill proper technique from the earliest age.  The best way to do this is through private lessons!  In our Columbus area stores, we have teachers and employees who are heavily involved in multiple brass bands in Central Ohio.  Specifically in our store (Hilliard, OH), we have:

There are also playing opportunities for beginner and intermediate level players around Central Ohio.  This is the best way for students interested in brass banding to become involved in the activity!