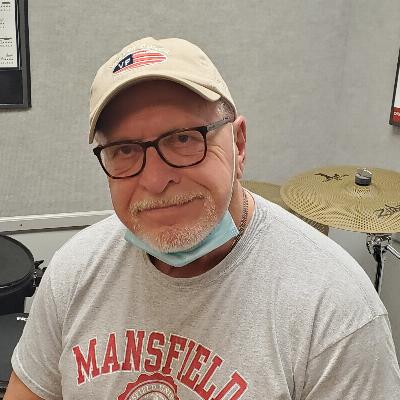 Get to know Aaron Grimm

I've been in the drumming community for more than sixty years.  I started teaching while in high school at a local music store in Nazareth Pa.  Also I played in various local bands, taught and wrote the percussion score for a local drum and bugle corps. Prior to attending Mansfield State College (now Mansfield University) I studied various drumming styles with various drum teachers most notably, Joe Morello and Jim Chapin on drum set and John Flowers and Oris Gibbs of rudimental and concert snare. I graduated from Mansfield in 1970 having participated in numerous musical organizations in the college as chief percussionist in the wind ensemble, the college's touring ensemble and the Esquires, the colleges jazz orchestra. I  entered Mansfield graduate program and received an M.ED in 1973. Since moving to VA I've played in numerous bands that played throughout PA, VA, MD and VA - from rock, pop, jazz, blues. I've been teaching at Music and Arts for more than three years - one of the first drum teachers at the Leesburg store.