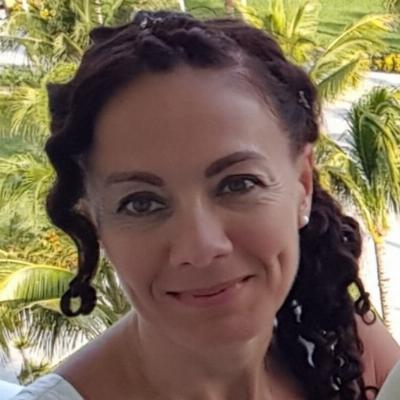 Get to know Angela Stanciauskas

Angela Stanciauskas earned her B.M. in Violin performance and Pedagogy from Lithuanian Academy of Music in Vilnius, Lithuania and her Suzuki method teaching certification from the School for Strings in New York, NY. Angela is the winner of the 1985 Lithuanian National Competition of Young Performers. She is a former member of the Baltic Youth Symphony Orchestra, the International Youth Symphony Orchestra under Dennis Russell Davis, USA, the Stuttgart Bach Academy under Helmut Rilling, Germany, and “Ave Musica” Chamber Orchestra, Lithuania. She has performed in major concert halls such as Tchajkovsky Conservatory of Music in Moscow and the National Philharmonia in St. Petersburg, Russia, as well as in Poland, Germany, Switzerland, and her native Lithuania.

Mrs. Stanciauskas began her journey as an educator by teaching general music at elementary, middle, and high schools as well as an Assistant Violin Teacher at Vilnius Conservatory of Music in her home town Vilnius, Lithuania. In addition to her certification in Violin Pedagogy from Lithuanian Academy of Music and Theater in Vilnius, Lithuania, Angela completed a two-year training program in violin teaching in general and in the Suzuki Approach in particular at the School for Strings in New York, NY, where she studied with prof. Louise Behrend, a pioneer of the Suzuki Education in New York City and the founder of the School for Strings. In 2003, she became a faculty member of Brooklyn College Prep Center for the Performing Arts, and a year later, in 2004, a faculty member of Abrons Arts Center at Henry Street Settlement, the oldest music school in New York City. In addition to teaching individual and Suzuki group classes, she was invited to teach at Brooklyn College Suzuki Summer Camps in 2004, 2005, and 2006. After moving from Brooklyn, NY to Charlotte, NC, Mrs. Stanciauskas has been teaching with the ArtsPlus, formerly known as Community School of the Arts, since 2007. In 2010, she was one of the launchers of the Discovering Suzuki Summer Camp at ArtsPlus. She also started a Violin Program at Charlotte Academy of Music in 2008. A number of Mrs. Stanciauskas’ students have been Merit Scholarship recipients for many consecutive years; some of her students have played in the Charlotte Symphony Youth Orchestras, the Youth Orchestras of Charlotte as well as CMS Honors and Western Regional Orchestras.

Angela Stanciauskas teaches at:
Charlotte NC - Arboretum
8046 Providence Rd Suite C
Charlotte, NC 28277
(704) 341-0000
Get Directions More Details
Skip link
With over 150 locations nationwide, Music & Arts is the nation’s leading provider of private music lessons, band and orchestra instrument sales, rentals and repairs. Our remarkable story of growth has everything to do with the countless unshakable relationships we’ve formed with students, parents, music educators and musicians of every stripe in the local communities we serve across the country. Since opening our first store back in 1952, we’ve been owned and operated by the same family, and there’s nothing we do as a company without our values in mind. For whatever you’re doing in music, we’re here to help. We hope you visit our Charlotte location soon! Our friendly staff can’t wait to meet you.