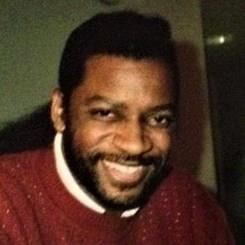 Get to know Arthur Pugh

Arthur has long been one of L.A.’s first call trumpeters for commercial recordings, television and motion pictures and live theater. He has contributed on albums for many popular artists, including the Blondie, Teddy Pendergrass, Gladys Knight, Celine Dion, Coldplay, Tito Puente, Celia Cruz, and Michael Buble just to name a few. His television credits include every major awards show: the Grammys, the Emmys, the Academy Awards, the Golden Globes and the Screen Actors Guild Awards. Arthur has been the lead trumpet on the wildly popular television show, “Dancing with The Stars” in every season dating back to its inception in 2005. He was also lead trumpet for the mega-hit show, “American Idol” in seasons 1-3. Arthur has appeared regularly on the soundtracks of hit television shows like “Family Guy”, “American Dad”, “King of the Hill” and many others. His motion picture credits include the soundtracks of over 389 major films, including a project with Grammy Award winning rap artist Kanye West for the soundtrack of Mission Impossible III. He can be heard on the soundtracks of such movies as “John Carter”, “Tin Tin”, “Glory Road”, “Just Like Heaven”, “Rush Hour”, “Planet of the Apes”, the first five “Star Wars” and animated hits like “Monsters, Inc.”, “Robots”, and “Cars”, as well as “Spiderman”, “Big Fat Liar”, “Enemy of the State”, “Armageddon”, “Patch Adams”, and “Romeo Must Die,” etc. Arthur Has also been first call trumpet at Hollywood’s Pantages Theater, where he has played for Broadway hits like Mel Brooks’ “The Producers”, Disney’s “The Lion King”, “Wicked”, and “Hairspray”. He is also skilled as a classical soloist, with performing affiliations have included the Philadelphia Orchestra, the Hartford Symphony, Chestnut Hill Symphony, UAE Philharmonic Orchestra (Dubai), Venezuela Symphony Orchestra, Orquesta Sinfónica de Puerto Rico to name a few.

Arthur Pugh, is also widely known as an educator / clinician. He is a graduate of The Hartt School of Music with a BS. in Music Ed. / Special Ed., West Virginia University with a Master of Music., Harvard University Ph.D. and again to The Hartt School of Music for his DMA. Dr. Pugh has previously taught public and private school in Connecticut, West Virginia, Pennsylvania and Georgia. He’s been Dean of the Music dept. & Professor of Trumpet at Morris Brown College, on the graduate faculty of San Jose State (now San Jose University), serving as its director of education outreach. While there, he developed eight educational and community outreach programs, which included college fellowships in interactive performance and teaching, community engagement initiatives, and the Music Advancement Program, a Saturday instrumental music program that reaches underserved children ages 8 to 14 who demonstrated musical potential and need. While in Ga., Dr. Pugh was contracted to design and develop the music & arts program for some of the state’s charter schools (K-5). Pugh’s principal teachers include Sigmund Herring, Roger Murtha, Roger Sherman and Robert Nagel, founder of the New York Brass Quintet.