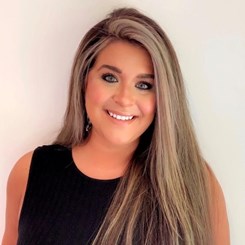 Get to know Ashley Kirk

Miss Ashley A. Kirk holds a Bachelor of Music degree in Vocal Performance from The University of Connecticut and a CT Teaching Certification in grades Pre K-12 in all concentrations of music education from Central Connecticut State University.

While at UConn Miss Kirk studied such operatic roles as Yum-Yum in Gilbert & Sullivan’s The Mikado, Susanna in The Marriage of Figaro by Mozart and as a Nymph in Henry Purcell’s The Fairy Queen. She also premiered and recorded original music in Quito, Ecuador with an early music ensemble called Collegium Musicum. During her time at UConn, Miss Kirk was an active member of the UConn Opera Outreach program, which aimed to bring the love of opera into the public school music classroom. She has performed at The Bushnell, Lincoln Center and the Candlelight Processional at Disneyworld. Miss Kirk has also been featured as a soloist with First Church Congregational in West Hartford, CT.

Miss Kirk began her private teaching career in 2011 teaching students of all ages ranging from 6 to 73.