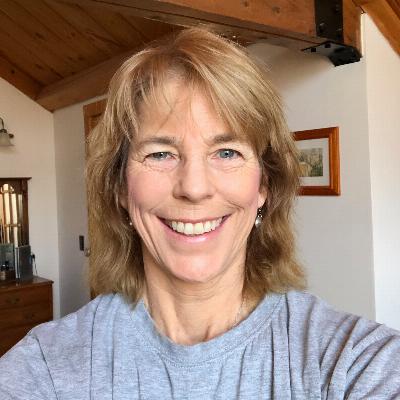 Babs Heath
Music Teacher, Master
Location: Burlington, VT
Speaks: English
Instructs: Drums, Guitar, Saxophone, Trumpet
Education: BS in music education University of Vermont, Post Baccalaureate Program
Performance Experience: I have performed with various musical acts for 20+ years
Teaching Experience: Band director, teacher and lesson coordinator elementary and middle school band programs
Teaching Philosophy: As an educator, I will provide a safe and welcoming environment for students to learn and grow. My role as a music educator is to facilitate learning and prepare students. I will engage students in activities that require them to be creative, disciplined, and work cooperatively with others. I'll help them explore the emotions that songs evoke and help them learn to demonstrate what they feel and why. Lastly, i want to open student's eyes and ears about other cultures and their music.
Book Now

Get to know Babs Heath

In 1977, I started the Mater Christi school band program shortly after graduating from UVM where I studied music education. I also directed the bands briefly at Christ the King School, St.Francis school, and Colchester Middle School. I was the conductor of the Burlington City Band and then a few years later started the Richmond Community Band where I directed the band for many years, and continue to enjoy playing in, and conducting the band.

In 1999, in addition to teaching at Mater Christi, I started teaching band, jazz, pep band, and drumline at Rice Memorial High school for eight years.

In 2015, I added general music teacher to my plate at Mater Christi school, while maintaining the mcs band program as well. I play trumpet and saxophone in a band called "Still Kickin". We play at weddings, and many local events.

My husband, Marc, and I have been married for over 33 years!  Marc is a trial lawyer at Downs, Rachlin, Martin in Burlington, and a Rice graduate.

We have two boys who are both Mater Christi alumni, and both participated in band. Lincoln, is a physician in Family Medicine, at The Community Heath Center in Burlington,VT. He and his wife, Kiona, reside in Charlotte with their sons, Wilder, and Orson. My son, Marshall, is a Graphic designer and professional skateboarder in San Diego.

We have two cats, two dogs, chickens, a 120 gallon fish tank, and a big garden. I enjoy windsurfing, skiing, hiking, and many other sports.

Babs Heath teaches at:
Burlington VT
75 Maple St
Burlington, VT 05401
(802) 651-1013
Get Directions More Details
Skip link
With over 150 locations nationwide, Music & Arts is the nation’s leading provider of private music lessons, band and orchestra instrument sales, rentals and repairs. Our remarkable story of growth has everything to do with the countless unshakable relationships we’ve formed with students, parents, music educators and musicians of every stripe in the local communities we serve across the country. Since opening our first store back in 1952, we’ve been owned and operated by the same family, and there’s nothing we do as a company without our values in mind. For whatever you’re doing in music, we’re here to help. We hope you visit our Burlington location soon! Our friendly staff can’t wait to meet you.