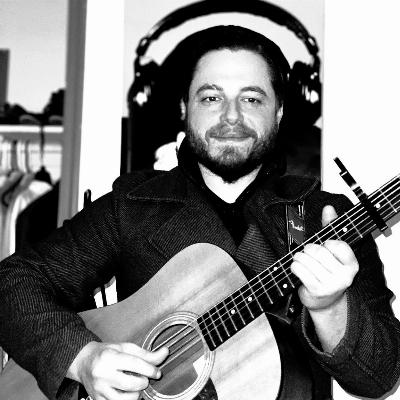 Get to know Ben DeHan

Ben DeHan is a true guitarist, songwriter, and performer. Studying guitar since age 10 and writing songs since age 12. His passion for guitar has taken him to places many only dream of, including tours across the country, record deals, sharing the stage with top artists, and meeting adoring fans. With his band, American Diary, Ben has released three albums under Lumberjack/Mordam Music Group and Radtone, sold over 100,000 records, and toured with national acts such as Blink 182, Train, Angels and Airwaves, All Time Low, A Day to Remember and more. Additionally, his band earned a coveted spot on the Vans Warped Tour in 2007 and 2008.

As a songwriter, Ben has collaborated and recorded with Paul Leavitt (All Time Low, Circa Survive), Matt Squire (Ariana Grande, Panic at the Disco, Avril Lavigne), and Sam Pura (The Story So Far, State Champs, The Dangerous Summer). Ben enjoys helping students find their unique sound when it comes to playing guitar. In the past 10 years, Ben has worked with hundreds of students. Whether it’s simple riffs or music theory, Ben finds a way to make guitar fun and easy for all of his students!

After a long hiatus, Ben is getting ready to release a new EP this Summer.