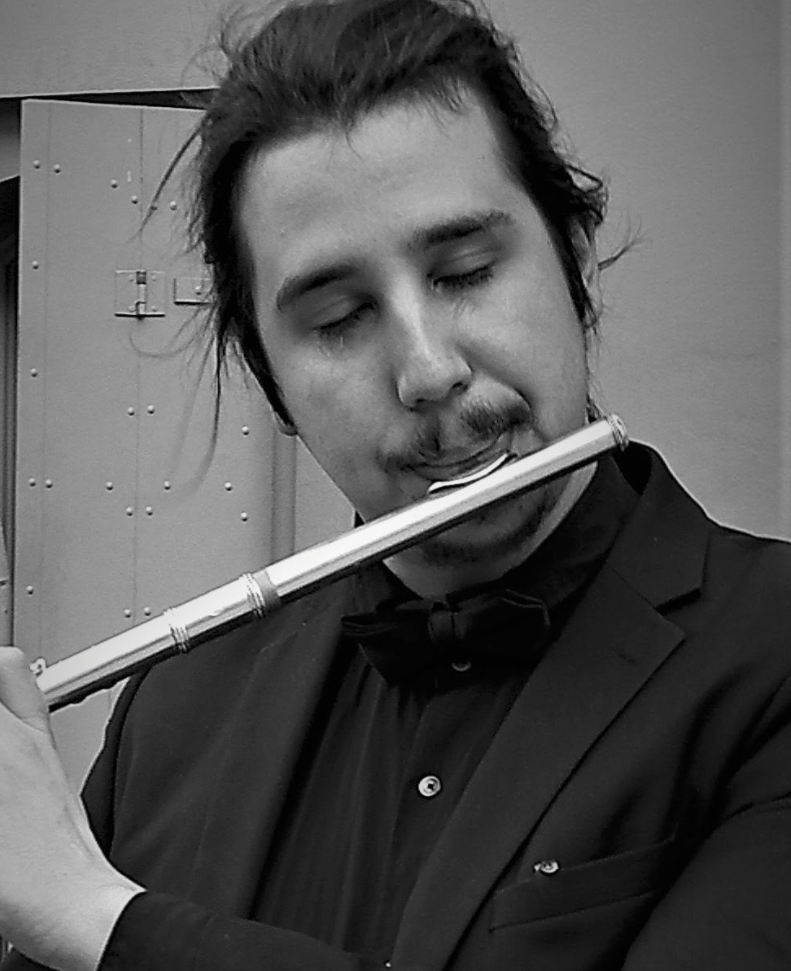 Caleb Hathaway
Music Teacher, Expert
Location: Tucson, AZ
Speaks: English
Instructs: Flute, Piano, Piccolo
Education: California State University: Sacramento, Bachelor of Music: Performance
Performance Experience: As a classically trained, professional musicians, Caleb has been armed with skills that have allowed him to explore an extremely broad variety of musical styles. A chamber musician, improviser, soloist and adapt collaborator, Caleb enthusiastically approaches music in all styles with an equal amount of attentiveness and focus.
Teaching Experience: Caleb has taught, coached, and mentored musicians from absolute beginners to consummate professionals. A teaching assistant to Tatiana Scott at California State University: Sacramento, Caleb facilitated the acquisition of a fluent understanding in the mechanics of music with an emphasis on ear training. As a teacher, Caleb takes a holistic approach, incorporating a broad variety of information and strategies to develop a personalized plan for each student.
Teaching Philosophy: Taking a holistic approach to learning, we will develop skills that will benefit every area of life: problem solving, active listening, patience, focus, and discipline. Music is a rich art form that encompasses everything from history and human emotion to mathematics an philosophy. Studying music with me will be an adventure, and I look forward to being your guide!
Book Now

Get to know Caleb Hathaway

Caleb Hathaway is an adventurous, versatile musician, equally comfortable as a performer, teacher, and sound engineer. A passionate researcher, always honing
his craft, Caleb is currently writing about the intersectional relationship between science, philosophy and music, and preparing to attend graduate school as a
student of Music Theory and Composition.

Dedicated to pushing the limits of his craft, Caleb has performed, improvised,arranged and collaborated in Jazz, Persian Folk Music, Reggae, R&B, Gospel,
Country, Hip-Hop, & Classical music from the Baroque to the Post-Modern Era. From 2013 thru 2017, Caleb worked as a sound engineer and videographer. This includes acting as Head Sound Engineer for the Sacramento Winter Jazz Festival, The Millennium Series, Hindustani and Tradition African music performances, as well as the Festival of New American Music—the longest running free new music festival in the United States. This pushed his ear to capture more of each artist's vision and listen as openly as possible, posing exciting challenges in becoming as deeply immersed in each performance as possible.

Since 2009, Caleb has been carefully developing his skill as a teacher. This has included instructing all kinds of musicians, from professionals to beginners. Focusing a foundation in the mechanical relationship between air (space), the body and the mechanism of the instrument, he encourages and inspires his students to reach their fullest potential. Caleb brings a thorough understanding of harmony, acoustics, perception, counterpoint, rhythm, analysis, and the relationship between composition, interpretation and expression to all of his students.