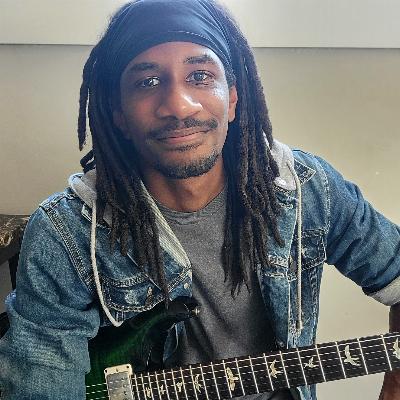 Get to know Chayton Woods

Chayton picked up the guitar at six years old and began playing the guitar publicly when he was twelve. He played in jazz big bands throughout high school. As a professional guitarist he has played alongside artists such as Mark Isaiah (Season 12 of The Voice). Antonique Smith (Grammy Nominated Singer/Actress). Jordan Mailata (Philadelphia Eagles, Season 7 of The Masked Singer). Since 2016 he has produced and released Independent projects on streaming platforms and has worked in studios as a session musician with artists.

Chayton has been teaching guitar lessons for over a decade. He understands the importance of making his lessons fun and educational; building curriculums based on the student’s wants and needs. He teaches everything from Rock, Jazz, Blues, and Classical.
Chayton Woods teaches at:
Plymouth Meeting PA
201 West Ridge Pike
Conshohocken, PA 19428
(610) 828-5757
Get Directions More Details
Wayne PA
371A W Lancaster Ave
Wayne, PA 19087
(610) 687-1721
Get Directions More Details
Ardmore PA
145 W Lancaster Ave
Ardmore, PA 19003
(610) 645-7750
Get Directions More Details
Skip link
With over 150 locations nationwide, Music & Arts is the nation’s leading provider of private music lessons, band and orchestra instrument sales, rentals and repairs. Our remarkable story of growth has everything to do with the countless unshakable relationships we’ve formed with students, parents, music educators and musicians of every stripe in the local communities we serve across the country. Since opening our first store back in 1952, we’ve been owned and operated by the same family, and there’s nothing we do as a company without our values in mind. For whatever you’re doing in music, we’re here to help. We hope you visit our Wayne location soon! Our friendly staff can’t wait to meet you.