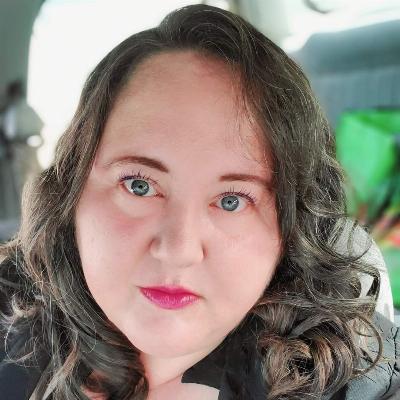 Chelsea
Music Teacher, Master
Location: Fort Collins, CO
Speaks: English
Instructs: Piano
Education: BA in Music Education, Educator’s License K-12
Performance Experience: - Accompanied the College of the Canyons’ choral department at College of the Canyons, Valencia, California beginning in August of 2007-April 2008 - 5 years professional accompaniment for Billings West High Choral, Band, and Orchestra Departments, Billings, Montana, from August of 2000 through June of 2005 - 4 years professional accompaniment for the Rocky Mountain College choral department in Billings, Montana, from August of 2000 through May of 2003
Teaching Experience: - Accompanist and vocal coach for North Bend, Oregon music department from September 2014-May 2015 - Taught choir in grades 2-8 at Trinity Classical Academy, Newhall, California in 2008 - 22 years self-employment via private music studio providing piano, voice, and flute instruction in the Billings, Montana, Santa Clarita, California, Coos Bay, Oregon, and Fort Collins, Colorado areas since August of 1998 to present
Teaching Philosophy: I have played Sara Bareilles' 'King of Anything' with a choir and yes, it's just as fun as it sounds. Being a professional accompanist, I am also a flutist and a mezzo soprano. I can teach you how to play chord charts along with reading music. I've played and walked in Mozart's footsteps in Salzburg, but I also love to explain jazz to my students. With two decades of experience in public and private education, I soloed on a Grammy-winning album in 1991.
Book Now

Get to know Chelsea

With a BA in Music Education, she teaches technique through multiple genres, and recommends at least two years of musical training based on its resulting boost in all core subjects! Lessons are complete with theory, chord progressions, scales, interval ear training, and Italian flash cards which enhance the repertoire.

A singer-songwriter, she has traveled and directed choirs at home and abroad in ESL academies. She can speak to the many virtues of becoming an educator with 18 years of experience teaching beginners of all ages. Five-years-old is a great age to start as students have a firm grasp of the numbers 1-5 and the letters A-G.

Being able to read sheet music as well as chord charts are valuable, life-long skills she can provide. Appreciating that rock and pop are the great-grand children of jazz, one of the few genres to originate in the U.S.A., is important to our musical history.

Come study with a soloist on a Grammy-award-winning album from 1992! She is a mezzo-soprano, flutist, and professional accompanist who knows the value and expectations of sight-reading and performing.

Chelsea teaches at:
Fort Collins CO
238 E Harmony Rd D-10/D-12
Fort Collins, CO 80525
(970) 223-5837
Get Directions More Details
Skip link
With over 150 locations nationwide, Music & Arts is the nation’s leading provider of private music lessons, band and orchestra instrument sales, rentals and repairs. Our remarkable story of growth has everything to do with the countless unshakable relationships we’ve formed with students, parents, music educators and musicians of every stripe in the local communities we serve across the country. Since opening our first store back in 1952, we’ve been owned and operated by the same family, and there’s nothing we do as a company without our values in mind. For whatever you’re doing in music, we’re here to help. We hope you visit our Fort Collins location soon! Our friendly staff can’t wait to meet you.