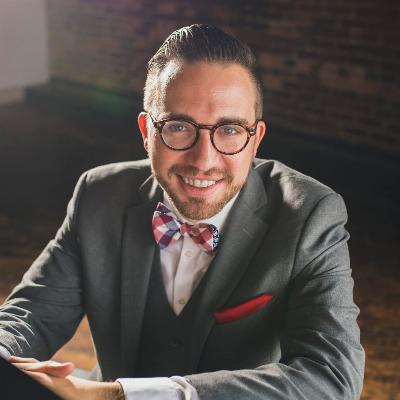 Clay Whittington
Music Teacher, Master
Location: Tucson, AZ
Speaks: English
Instructs: Music Theory, Piano, Voice
Education: A.F.A in Music - Lenoir Community College, B.M. in Performance with a concentration in Sacred Music Vocal/Choral from East Carolina University
Performance Experience: International Performance with East Carolina University Opera Theater and Carnival Cruise Line
Teaching Experience: Private Voice and Piano throughout college career
Teaching Philosophy: As a longtime performer, Clay believes in creating a studio that is fun, engaging and encourages performance. Clay brings together theory and technique to build a strong foundation, but always keeps the fun of performance in mind. Music is meant to be for everyone, and most importantly, is meant to be something students of all ages can enjoy. Clay is excited to teach, and to get students excited to show off the skills they learn!
Book Now

Get to know Clay Whittington

Clay Whittington has been praised for his musical artistry and showmanship in both popular and cultivated genres. As a vocalist, his recent work includes performances with East Carolina University Opera Theater and Carnival Cruise Line. Clay has served as a church musician in the United Methodist and Episcopal denominations for much of the last two decades. In this role, he has conducted choral and instrumental ensembles in North Carolina, California, and Arizona. Outside of regular worship services, he has lead music and worship at the North Carolina Annual Conference of the United Methodist Church, the Diocesan Convention for the Episcopal Diocese of El Camino Real, and a Revival for the Episcopal Diocese of El Camino Real, featuring Presiding Bishop, The Most Reverend Michael Curry.

From 2016 to 2018, Clay performed on nine ships in the Carnival Cruise Line fleet, earning Carnival Entertainment’s Top Performer status prior to his departure.

Clay Whittington teaches at:
North Tucson AZ
8320 Thornydale Rd Suite 150/170
Tucson, AZ 85741
(520) 579-2299
Get Directions More Details
East Tucson AZ
9630 E 22nd St Suite 130
Tucson, AZ 85748
(520) 731-8229
Get Directions More Details
Skip link
With over 150 locations nationwide, Music & Arts is the nation’s leading provider of private music lessons, band and orchestra instrument sales, rentals and repairs. Our remarkable story of growth has everything to do with the countless unshakable relationships we’ve formed with students, parents, music educators and musicians of every stripe in the local communities we serve across the country. Since opening our first store back in 1952, we’ve been owned and operated by the same family, and there’s nothing we do as a company without our values in mind. For whatever you’re doing in music, we’re here to help. We hope you visit our Tucson location soon! Our friendly staff can’t wait to meet you.