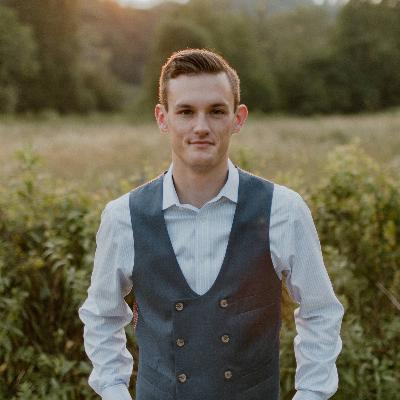 Get to know Cole Freeman

Cole Freeman is a lifelong musician whose mission is to bring the joy of music into the lives of as many people as possible. Through teaching, directing, practicing and performing, Cole finds ways to experience and share music with others every day. His musical journey began at the age of 4 when he started violin lessons. By 12, he was playing solos weekly in his local church and by 14 was Concertmaster of the local youth symphony. At age 16, Cole auditioned for, and was accepted into the Fayetteville Symphony Orchestra, his first professional experience as a musician. In 2014, Cole began music education studies at UNC Greensboro under the tutelage of Drs. Fabian Lopez and Rebecca McLeod. Over the next four years, Cole expanded his professional performance to include symphonies across North Carolina and solo performances across the United States and as far as Japan. Meanwhile, Cole gained experience teaching instrumental and choral music to students of all ages, both in schools and privately. Since 2018, Cole has been the Orchestra Director at both Quail Hollow Middle and South Mecklenburg High schools as well as the string instructor at Howren Music in Charlotte, NC. In addition to teaching, Cole maintains a regular performance schedule with multiple local symphonies and pit orchestras, and the Linden String Quartet, which Cole helped to form in 2020. In August 2021, Cole will become the Orchestra Director at Myers Park and Butler High Schools as well as the private string instructor at Music and Arts in Charlotte.

Outside of music, Cole holds a black belt and multiple national championships in Judo. He enjoys running long distances with friends and has finished several marathons. He qualified for the Boston Marathon in 2019. Despite having such varied interests, Cole most of all enjoys spending time at home with his true loves, his wife Tori and his young son Gray.

Cole Freeman teaches at:
Charlotte NC - Park Road
4209 Park Rd
Charlotte, NC 28209
(704) 529-8493
Get Directions More Details
Skip link
With over 150 locations nationwide, Music & Arts is the nation’s leading provider of private music lessons, band and orchestra instrument sales, rentals and repairs. Our remarkable story of growth has everything to do with the countless unshakable relationships we’ve formed with students, parents, music educators and musicians of every stripe in the local communities we serve across the country. Since opening our first store back in 1952, we’ve been owned and operated by the same family, and there’s nothing we do as a company without our values in mind. For whatever you’re doing in music, we’re here to help. We hope you visit our Charlotte location soon! Our friendly staff can’t wait to meet you.