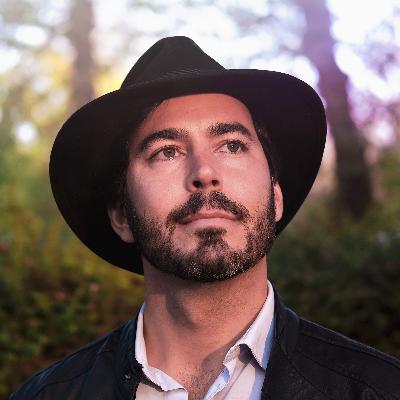 Daniel Ondaro
Music Teacher, Master
Location: Fort Collins, CO
Speaks: Portuguese, English, Spanish, German
Instructs: Bass Guitar, Guitar
Education: Bachelor of Arts degree in Musicology and World Music, University of Colorado at Boulder 2008
Performance Experience: Ten plus years of experience on land and cruise ships both solo and with bands.
Teaching Experience: Instructor of private and group guitar lessons for CU's Continuing Education department and private studios since 2007.
Teaching Philosophy: I always strive to be encouraging and engaging with my students, focusing on the music and songs they want to learn while looking at the bigger picture and how it relates to music theory and guitar and bass guitar specific techniques.
Book Now

Get to know Daniel Ondaro

Guitar Vocalist, Daniel Ondaro has extensive experience performing both original and cover material throughout the U.S., Europe and Mexico in support of his four solo albums.

Daniel's shows include a wide range of styles - Country, Folk, Americana, Brazilian and Classical music, influenced by decades of travel and performing onsite in countries worldwide as well as on cruise ships.

A native of Colorado, USA, since 2008, Daniel has collaborated with nationally recognized artists and groups. From 2011 to 2013 Daniel was the guitar vocalist for the original Pop/Latin group NuMundo, performing at festivals in Colorado and Singapore as well as leading a fully funded Kickstarter campaign for their debut LP, “Our Song” produced and recorded in Denver, Colorado.

In 2016 Daniel began working as a featured performer on cruise ships, often performing 7 nights a week, in locations worldwide up until March 2020.

Daniel taught beginning to advanced guitar students at Colorado University Boulder including private and group lessons from 2007 to 2012. In 2008 he received his Bachelor of Arts degree in Musicology and World Music from CU Boulder where he studied a wide variety of vocal and guitar styles including Classical and Brazilian. Daniel grew up in Fort Collins, Colorado and graduated from Rocky Mountain High School.

Daniel is currently active as a recording artist and touring musician throughout Colorado. His instruments of choice are C.F. Morrison and Taylor guitars.

Daniel Ondaro teaches at:
Fort Collins CO
238 E Harmony Rd D-10/D-12
Fort Collins, CO 80525
(970) 223-5837
Get Directions More Details
Skip link
With over 150 locations nationwide, Music & Arts is the nation’s leading provider of private music lessons, band and orchestra instrument sales, rentals and repairs. Our remarkable story of growth has everything to do with the countless unshakable relationships we’ve formed with students, parents, music educators and musicians of every stripe in the local communities we serve across the country. Since opening our first store back in 1952, we’ve been owned and operated by the same family, and there’s nothing we do as a company without our values in mind. For whatever you’re doing in music, we’re here to help. We hope you visit our Fort Collins location soon! Our friendly staff can’t wait to meet you.