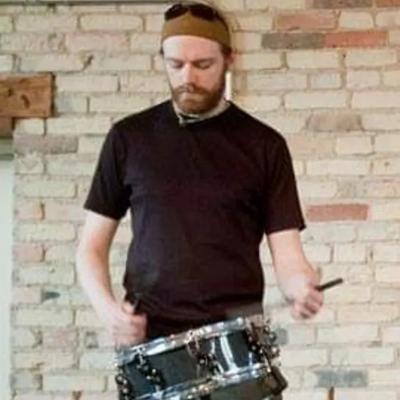 Get to know David Tuinenga

I picked up the drumsticks at the age of 13. After a couple months of lessons with a gentleman who's name eludes me, I began performing with a couple buddies in their "garage band".  Our first few shows were at community centers and some retirement homes with a culminating gig at the local firefighters picnic that summer.
Now with In-person lessons having resumed I re-applied and Music & Arts has accepted me back as Drum and Percussion Instructor.
A few groups who's names I can recall that I have played with over the years include:
"justplainann" (Already mentioned, Singer/Songwriter accompaniment)
"Names of James" (a beach-rock & funk cover band)
"The Living End Singers" (a mega-church touring choir, I joined their backing band on two tours, one of the midwest and the second of the southeast)
"Great Notion"  (Grateful Dead tribute band)
"Driscoll Bro's" (Country & Oldies covers)
"Bettinal" (Bluegrass & Folk)
"Blue Boys" (Blues)
Inspiration/Influences:
Danny Reyes (Teacher and Mentor)
Tim Froncek (Teacher)
Dave Weckl
Vinnie Colaiuta
Evelyn Glennie
Chad Smith
Anika Nilles
Danny Carey