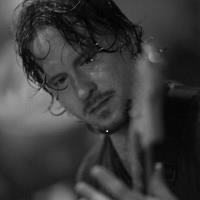 Get to know Devin Campbell

Devin is a multi-instrumentalist who began playing guitar at the age of 7. By the time he was 13, he was a bonâ fidé prodigy. By age 18 Devin was a graduate from the Greenville Fine Arts Center where he studied Jazz Guitar. He then attended Belmont University in Nashville, TN where he received a Degree in Guitar Performance with a minor in Music Business. His studies afforded him the opportunity to venture into other instruments included voice, piano, and drums! During his decade-long session in Nashville, Devin performed, toured, wrote, recorded, and taught music.

Devin then moved back to Greenville in 2016, and began focusing on teaching and performing. He frequently performs with local music theater companies such as, Spartanburg Little Theatre, Centre Stage, USC Upstate, Dorman High, and Boiling Springs High. Devin is currently a Music Professor at USC Upstate where he works as the Director of the Commercial Music Combo Ensemble and Assistant Director of the Jazz Combo Ensemble at USC Upstate. Devin has a passion for music that is unmatched, and his genuineness and love for teaching makes every lesson a pleasure!

“I hope to be able to give students the tools to turn their passion for music into a viable career path.”