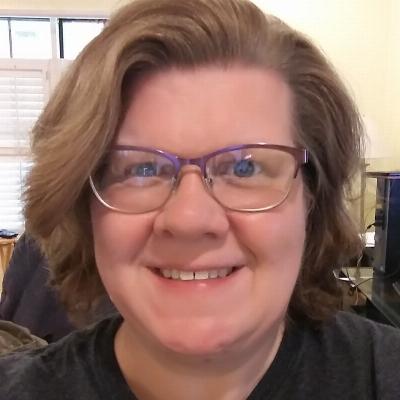 Emily Grandmaison
Music Teacher, Master
Location: Amarillo, TX
Speaks: English
Instructs: Piano
Education: Lancaster Bible College; B.S. in Bible/Music Ministries - Vocal Performance. West Texas A & M University; P. A. C. E. -Teacher Certification in Music Education Texas K-12
Performance Experience: 22 years
Teaching Experience: 20 years
Teaching Philosophy: I believe all students have an innate ability to make music. From infancy through school-age to college and adulthood, music is a basic part of our lives. Just as those who participate in sports, music is also a training ground for teaching discipline, confidence, focus, muscle memory, and forming a good work ethic for whatever path they follow. It connects both sides of the brain to function as a "team effort" and helps that individual be the best version they can be.
Book Now

Get to know Emily Grandmaison

Emily is a native of Baltimore, MD where she started singing in church choir at age 4. Her mom taught her where Middle C was on the piano and what it looked like on paper. Later, in 1984, her family moved to Rheems, PA. She continued singing in church choirs and in 5th grade, joined the elementary school band on clarinet. She was a natural! Her parents had to ask to stop practicing so she could do her homework. In middle school, she participated in band, choir, drama club and show choir.   It was in Middle School 7th grade Language Arts class that Emily felt the calling to become a music teacher. She gave her first private trumpet lesson to her friend in 10th grade High School gave her more musical opportunities: color guard, concert band, jazz band, marching band, concert choir, show choir, spring musicals, backstage club, LLMEA County Band and PMEA District 7 Symphonic Band. During the summers, she preformed with The Elizabethtown Music Association' s Summer Musicals. These were open-auditioned public performances of classic musical theater.