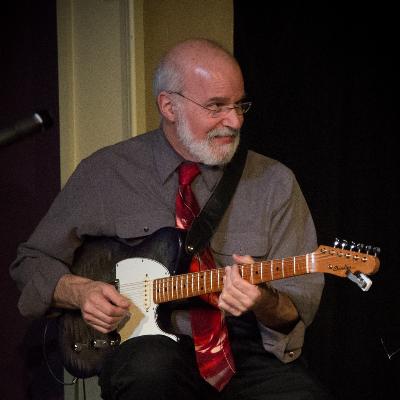 Get to know Gantt Kushner

Gantt Kushner began playing music at the tender age of 5 when his parents signed him up for music class in which all the kids played “Tonettes” - little recorder-like plastic flutes.  Soon after they bought a baby grand piano and lessons began.  Around age 12 the Beatles landed, the rock’n’roll bug bit, and Gantt got his first guitar. The Ventures were a huge early influence, then The Beatles and the British Invasion bands, then the Holy Quadrinity of Modern Rock Guitar - Clapton, Page, Beck, and, of course, Jimi Hendrix.  By age 17 Gantt had discovered some amazing music in his backyard. Roy Buchanan was playing clubs around the Washington, DC area and Gantt was there - first illegally (had to be 18 to get into DC bars), then legally.  After spending a couple of years absorbing Roy he discovered Danny Gatton and the rest, as they say, was history.  Roy and Danny continue to be the keystones of Gantt’s musical development, enhanced by jazz, country, rock, bluegrass - you name it, he loves it. With the exceptions of Heavy Metal and Hip-Hop, Gantt has played pretty much every genre of American popular music. As a teacher, he specializes in helping beginners to find their way to learn to play the music they love and more advanced players to learn more about blues, rock, R&B, country, and rockabilly styles.