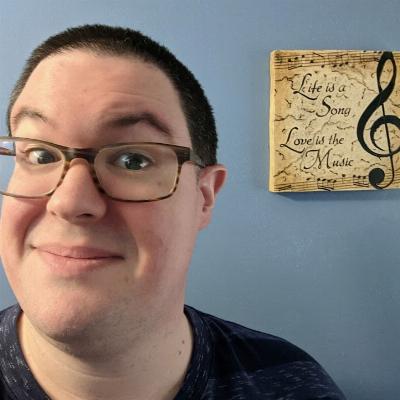 Gregory Marsh
Music Teacher, Master
Location: Lawrence Township, NJ
Speaks: English
Instructs: Clarinet, Flute, Saxophone
Education: 2009 Master's of Music Performance - The Peabody Institute of Music; 2007 Bachelor's of Music Education - The College of New Jersey
Performance Experience: Over 25 years of experience with various groups and ensembles in the tri-state area
Teaching Experience: Since 2005 - Private clarinet lessons across the state of NJ; Fall 2006 - Student teaching at New Hope-Solebury Upper Elementary School; Since 2010 - Adjunct woodwind faculty at Rowan College at Burlington County Since 2011 - Private woodwind lessons at Music and Arts
Teaching Philosophy: Nothing is more important to me than to make music accessible and enjoyable to as many people as possible. If my students leave every lesson excited about the progress that they're making with their musical abilities, then I have successfully done my job! :)
Learn from the best

Get to know Gregory Marsh

Gregory Marsh is currently the adjunct professor of woodwinds at Rowan College at Burlington County in Mount Holly, NJ. In addition to his teaching duties at RCBC, he also maintains a private woodwind studio at the Music and Arts music stores in Lawrenceville and Marlton, NJ. Mr. Marsh performs regularly with the Exit 4 Woodwind Quintet, On the Count of Three…Trio, Trio con Legno, the Garden State Symphonic Band, and has been the concertmaster for the Eastern Wind Symphony since 2011.Under the tutelage of Steven Barta, he obtained a Master’s of Music Degree in Clarinet Performance from The Peabody Institute of Music in 2009. While at Peabody, Mr. Marsh established himself as a principal player in the Wind Ensemble and Concert Orchestra, and also performed with the Symphony Orchestra and several chamber ensembles. Upon graduation, he was awarded the Grace Clagett Ranney Prize in Chamber Music and the Sidney Jensen Memorial Prize in Clarinet Performance.Prior to his time at Peabody, Mr. Marsh received his Bachelor’s of Music Degree in Music Education from The College of New Jersey in 2007, studying with Roger W. McKinney. Throughout his undergraduate education, he was awarded the Hy Frank Memorial Music Scholarship for being “a well-rounded musician.” In April of 2006, Mr. Marsh performed the Mozart Clarinet Concerto with the TCNJ Symphony Orchestra as the winner of the 2005-2006 TCNJ Concerto Competition. During that same year, he was inducted into the Pi Kappa Lambda National Music Honor Society.When Greg is not busy teaching, practicing, or performing, he enjoys cooking, going to the Jersey Shore, taking in a concert or two, rooting for Philadelphia sports teams, and spending time with friends, family, and his cat Gizmo.

More info about Greg can be found on his website.